Virginia City, NV: A Step Back in Time 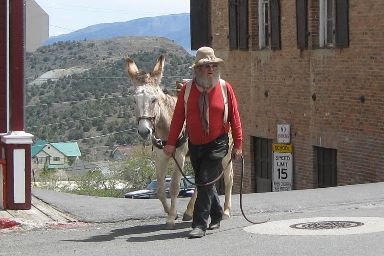 Virginia City is located about 15 miles NE of Carson City, Nevada.  In the mid-1800’s, Virginia City became a very important city after large lodes of Gold & Silver were discovered.  It quickly became a Boom Town of over 30,000 people. Like many Boom Towns it drew savory & unsavory characters alike.   While most Boom Towns from that era became cities with other forms of commerce or a Ghost town, Virginia City continues to bustle in much the same state as it was 150 years ago. 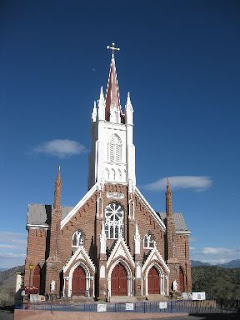 Tucked away on the side of a mountain, the town has managed to protect its history and yet adapt and remain relevant in todays society.   Much of the town is made up of historical buildings.  The walkway is still wood planks.  There are saloons, casinos, museums and shops.  The city plays host to Ghost walks, has a train ride from Carson City to VA. City and has a number of major events that include car shows and Ostrich races.  My first visit was during a BMX Motorcross event.   The streets were packed and it was a _crazy_ time!  I choose to revisit when town was a little less akin to the way it was in the 1800’s!

On my revisit I enjoyed the stain glasses windows of the Church, as well as, a stroll through the town and the very old cemetery.   It is a pretty relaxed town, Dog was allowed to hang out several of the stores and the open-door casinos. She was not allowed in the church.   I guess casinos have always been a little more accepting of some things than churches!    Yes, it is a bit touristy but still worth a visit if you are in the area. 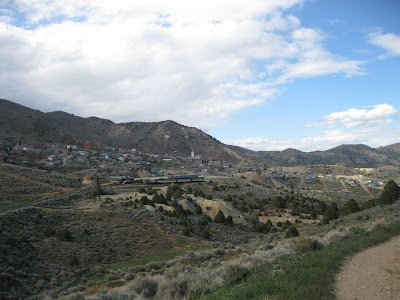